Due to Covid 19 most sessions are currently being held virtually. Contact me for more options available to clients located in the Denver Metro Area.

Would you like to switch to the accessible version of this site?

Don't need the accessible version of this site?

How Do You Know? 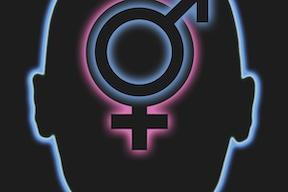 ME: Hi! My name is Christina and I am Trans.
Them: OMG! Hi! I never would have known!
Me: Ummmm, well that’s because I am just being myself.
Them: How did you know?

So, that’s how a typical meeting between myself and someone new goes.  Inevitably they act shocked and ask the question, how did I know? This process of coming out and having to explain myself to others is a huge reason why I keep my circle small.  And, well, the smaller the circle the higher the quality of the relationships!

How did I know?

The answer is simple, I just knew.  As much as anyone else knows they are male or female or gay or straight.  I just knew.  Yet, that answer never seems to be enough for most people.  Most people seem to think the answer is something profound and rarely accept that I just knew. So, let’s go a bit deeper and dig into the nitty gritty of “I just knew”.

Have you ever experienced the feeling of peace and wholeness of knowing that you are right where you are supposed to be, doing exactly what you are supposed to be doing?  The feeling that everything is aligned and the world around you is just right? Have you ever just looked in the mirror and known that the person looking back at you is exactly who you are? I have, but it was only after transitioning.

Prior to Transitioning, all I had ever felt was despair and turmoil and conflict.  The world was a bleak place in which I was merely a shadow passing through.  I had no course, no anchor, no purpose, and my identity was that which my parents, friends, and career gave to me.  My identity was not something I had created, but something thrust upon me by others. I had allowed people to make assumptions about me and define me.  I was not whole.  I was not authentic. I was not true. My entire existence was a lie and I felt it deep within my core.

From my earliest memories, the conflict between what I knew to be true and what I felt waged deep within me.  I did not know how to express my feelings.  And when I tried, I was rebuffed and told I was wrong.  My teenage years were filled with angst and anti social behavior.  But not the typical teenager stuff.  I struggled to express my deepest feelings and how I felt disconnected from everyone and everything.  I went down some dark holes during this time while I searched for a path to find my truth.  Even after locking myself into a hyper masculine role in the Army, the conflict raged.  I thought being deployed to Iraq was a blessing in disguise.  I thought finally I could put an end to those disjointed feelings if my life would end.  I thought I would not embarrass my family or friends if I died in combat.  That was not the path I was on.

As I moved into a new stage of life, the ache and need for something more grew to a crescendo.  It became the only sound inside of my head.  It wasn’t until those feelings brought me to the brink of ending my life, that I chose to change.  I found the one thing that made me want to take the risk of changing my life and living authentically.  I chose to silence the thoughts of suicide and embrace a life on the fringes of society and peace over death and self sabotage.  I chose to be true to what I knew inside over what others told me to feel.  I chose to be the person I knew myself to be, the person I wanted to be, the person I needed to be.

That is how I knew the truth about who I really am.  Once I embraced my truth and allowed the real me to come out of the shadows and into the light I knew for sure.  I was no longer just existing, I was living a happy and successful life.  I began to grow and to become a better person.  I am no longer pretending to be someone or something I am not.

And for all those that are attacking Trans youth, for all those trying to deny Trans people equal rights and access to healthcare… Why?  Why are we not allowed to live a life free from bigotry and hate?  Why have our families forsaken us?  What are we being targeted by politicians and used to further their political agendas? What makes us so inherently wrong? Why is it okay for us to kill ourselves or be killed by others? Why are we targeted for violence?  Why are we not allowed to feel the peace and wholeness that comes from living a life as our authentic and true selves?

How do you know?

Hours By Appointment Only